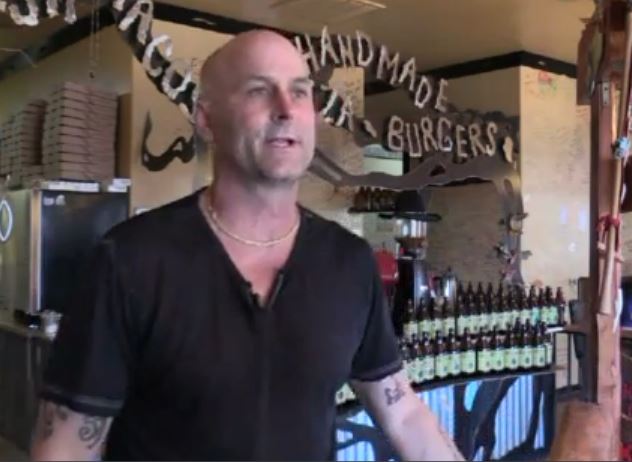 It’s not the first time a big pair of balls have caused a problem at a restaurant.

It’s not the head chef’s attittude this time though, there’s actually a sign featuring a bull that has a really big penis outside a Utah diner.

Locals weren’t too pleased about the bull at Barista’s in Hurricane when they spotted it on Saturday.

MORE: 90% of student’s skin falls off after bad reaction to anti-seizure drug

‘It’s R-rated to me, especially with young school kids seeing it and talking about it.’

Another member of the public was also outraged, adding Mr Ward gave him the ‘willies’.

But owner Stephen Ward wasn’t taking the criticism lying down and put the controversy down to simple jealousy.

‘They hate anything I do that makes me money,’ he told Fox 13.

‘That amazing piece of art is going to draw more people here, and that spells more money for me.’

A petition against the owner has been started and the city council has said it will look into the issue.

MORE: Know someone who smokes during pregnancy? Show them this