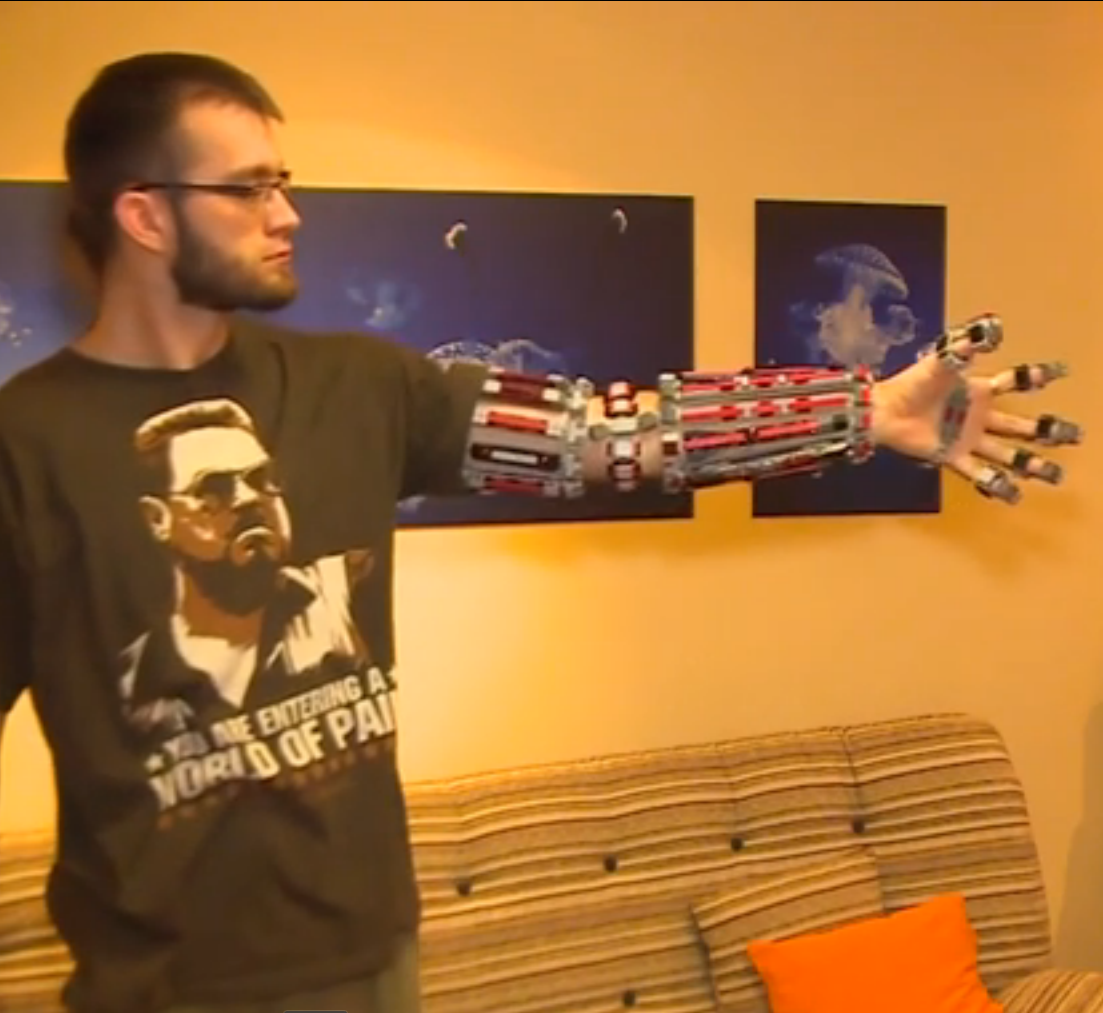 A man has created a fully functioning bionic arm completely out of lego.

Milan Sekiz, a Serbian graphic designer, built the arm out of 3,000 pieces of lego.

He said: ‘I am big fan of Marvel movies and Iron Man is my favourite hero, and because of that I wanted to create an Iron Man arm.’

At first the arm wasn’t designed to be mobile, however after seeing his nearly finished creation Milan decided he wanted to be able wear it.

‘Now, it doesn’t look like Iron Man’s arm at all. Instead, it looks just like any exoskeleton,’ the happy man added.

With moving parts that perfectly mimic the joints in the human arm, Milan’s lego arm can move with it’s wearer.

Although it won’t be able to help someone who has lost an arm in an accident, it could potentially make a sweet fancy dress costume.