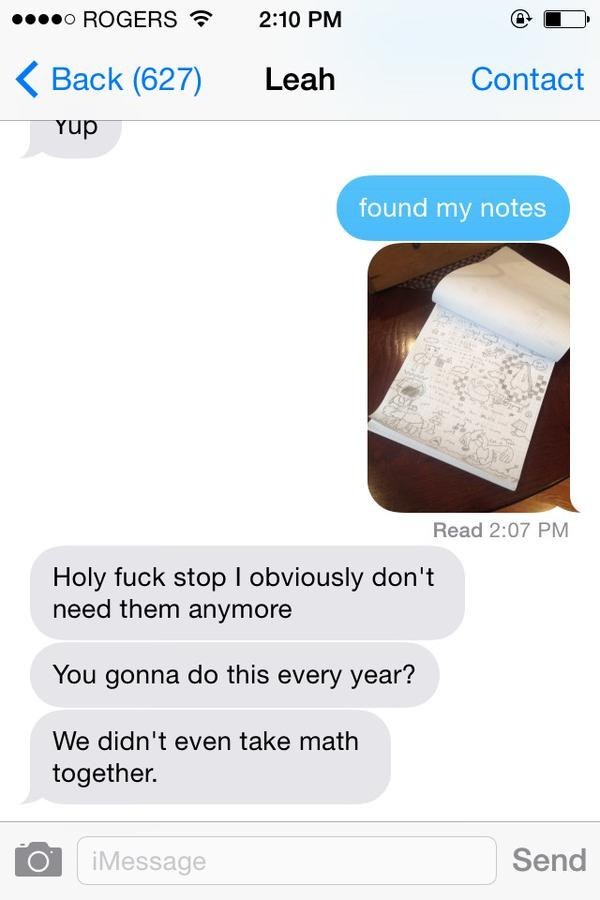 Remember how annoying it was at school when you had to give your notes to a friend, all because they were too lazy to make their own?

If you don’t, you were probably the annoying person asking your classmates for notes.

When that happened to this guy in America, he decided to get revenge in the sweetest of ways – by waiting a whole year before responding to the request.

When the person needing the notes responded, it was clear they were not too impressed.

Still, he decided to up the stakes, and replied with this, TWO YEARS after the notes were originally needed:

‘You gonna do this every year?’ Leah replied.

We salute you, classroom troll.