This is the clearest photo of ‘Bigfoot’ ever taken 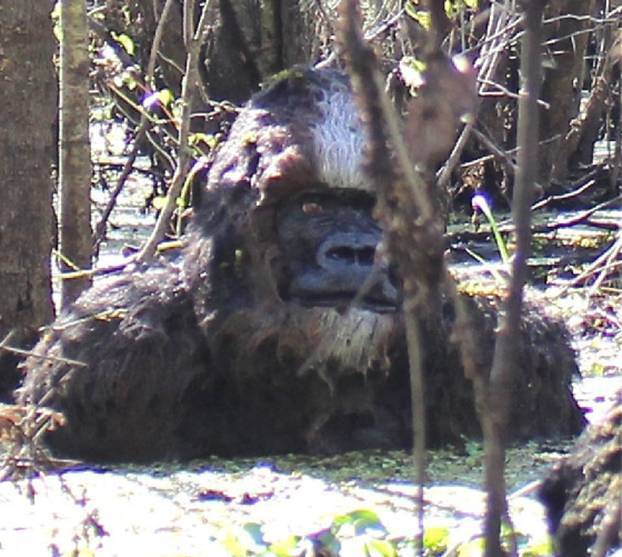 We might have managed to land a probe on a comet in 2014, but that doesn’t necessarily mean the human race has grown any smarter over the past year.

Indeed, 2015 has kicked off with a slightly less scientific breakthrough – someone claims they have taken the clearest ever photo of Bigfoot.

John Rodriguez, a 66-year-old retired electrician, sent the totally legitimate picture to the Huffington Post, claiming he photographed the mythical beast while fishing in Florida on boxing day.

‘I heard a squishing sound, looked over and saw this thing walking through the water and crouch down in the duck weed. It did not look like a guy in a suit — it was definitely an animal,’ Mr Rodriguez said, presumably before covering the phone with his hand and having a good chuckle to himself.

While this may be a better picture than the standard blurred and out of focus shots of Bigfoot we are used to, unfortunately it is a fake (unbelievable, we know).

Ben Hansen, a former FBI agent and lead investigator of the Syfy Channel’s Fact or Faked: Paranormal Files, studied the image and determined it is a gorilla face Photoshopped onto a man wearing a Bigfoot costume sitting in a swamp.

‘I’m excited to announce that the photographer has captured a real-life… gorilla in a Bigfoot suit!’, he sarcastically told the Huffington Post.

However he admitted that this was a pro job, commenting: ‘The branches also could have really been in the scene, but they were later edited as separate layers so Bigfoot looks like he’s now behind them, sitting in deep contemplation.’

Don’t be too disheartened, all this means is that the real Bigfoot is still out there, just waiting to be photographed (or properly Photoshopped).