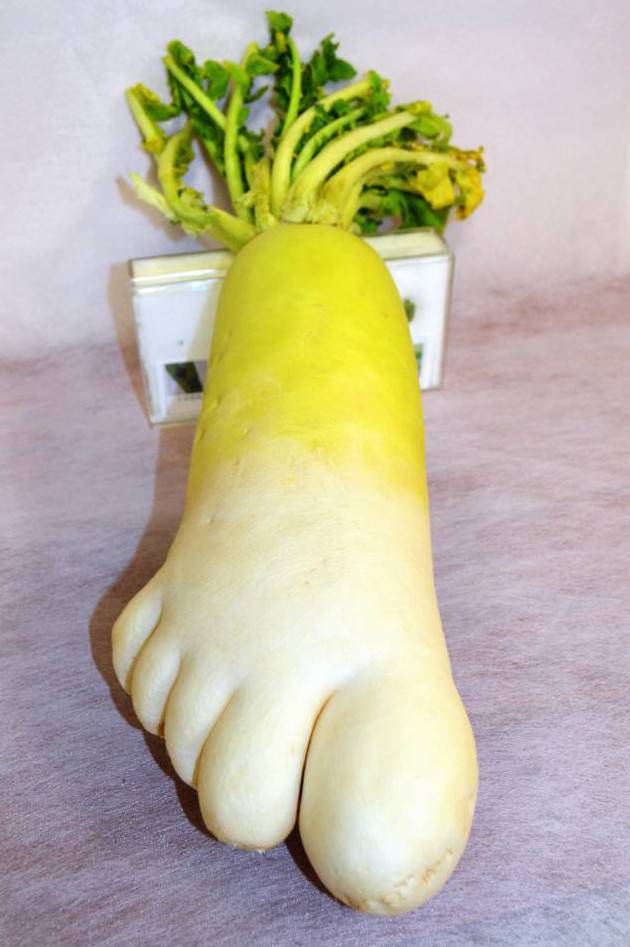 Do we eat this or put a shoe on it?

Japanese farmer Yukihiro Ikeuchi was take aback when he found a radish that looked just like a human foot, complete with toes.

He had stumbled across the unusual vegetable, which is 30-centimetre-long (size 11) and weighs 1.5-kilogram, while preparing to ship out his haul.

Ikeuchi decided it would be better to keep the foot shaped radish rather than sell it on to someone who may not appreciate its quirkiness.

It now sits on display at the Fureai Center Ryonan in Ayagawa, Kagawa, Japan.