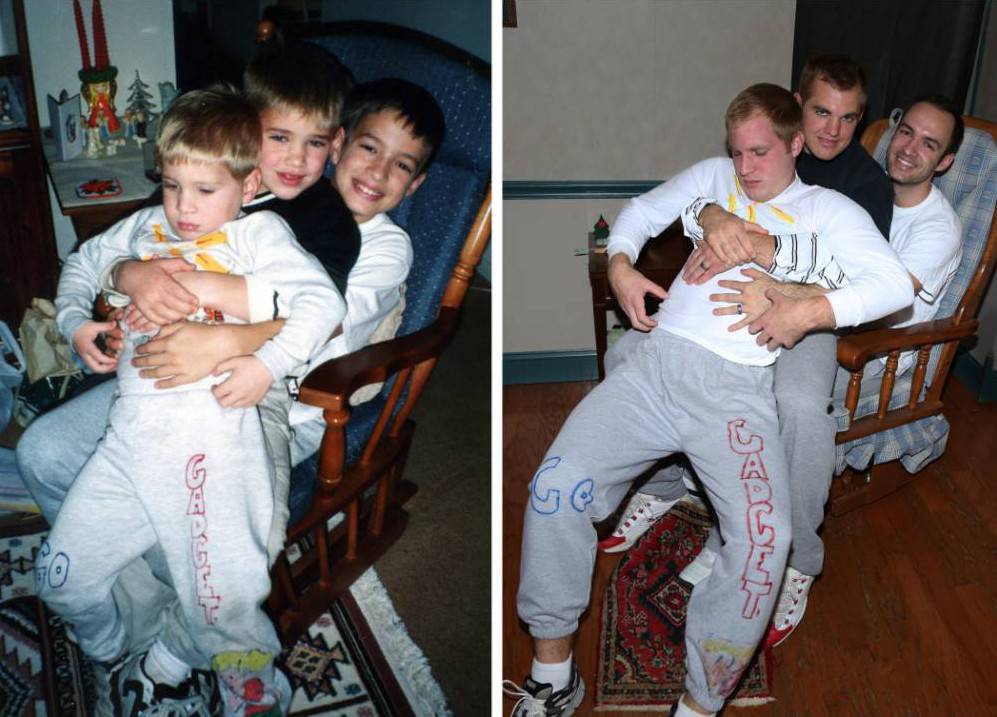 Three brothers gave a wonderfully funny gift to their mother, a photo calender of them recreating different pictures of the three of them as children.

Matt MacMillan and his two younger brothers from Pennsylvania made this unique present for their delighted mother, Vickie MacMillan.

He told ABC News: ‘We think it’s odd that two million people have seen the three of us in a bathtub as fully grown men.’

Here are the ‘cute’ gems:

That is one strong father:

Got to love playing in a box:

Dressing up never gets old:

Sons never want to be kissed by their father, never.

You would not want these kids knocking on your door at Halloween:

Teenage Mutant Ninja Turtles, heroes in a half shell:

Having baths with your siblings, so much fun…

MORE: This woman has enormous boobs that she can pump up like balloons

MORE: This website lets you see x-rays of all the weird things people have had stuck up their bums

MORE: Meet the Wikipedia pedant who has made 47,000 corrections