‘Tuna tin monster’ is revealed to be a tongue-eating parasite 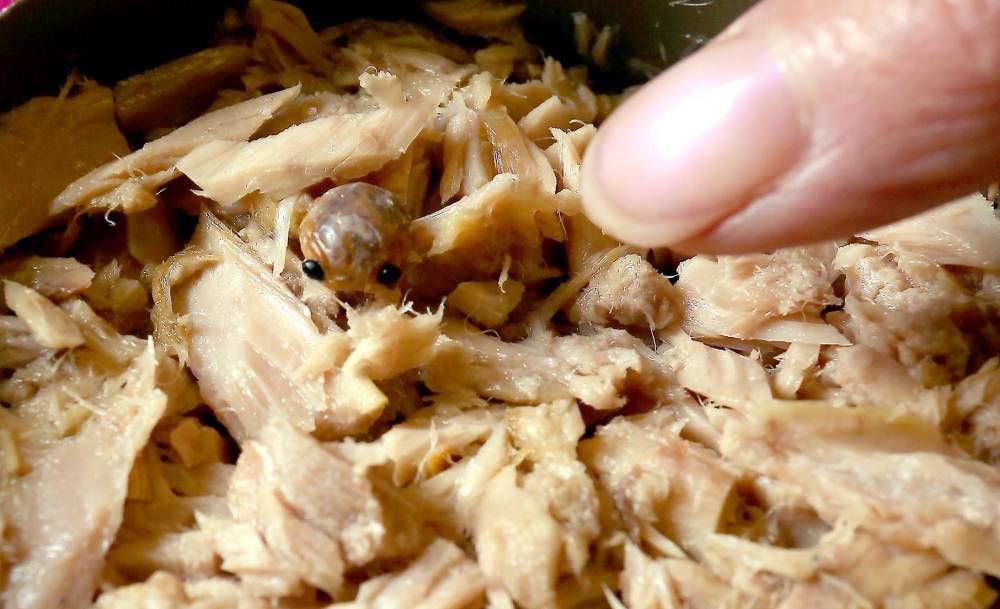 Scientists now think they know the identity of the stomach-turning creature found in a tuna tin in Nottingham.

The mystery monster was the centre of much Twitter discussion on the hashtag #tunagate.

Experts from the Natural History Museum believe it is a tongue-eating louse called Cymothoa exigua.

This parasitic creepy crawly lives in fish attaching itself to the fish’s tongue.

Speaking to the Telegraph, the museum’s Identification and Advisory Service manager, Stuart Hine said: ‘From what I can see I would support the head of a Tongue-eating louse, Cymothoa exigua, or similar.

‘I think these are associates of smaller fish than Tuna and fish that tuna eat.

‘We could undoubtedly say more if presented with the specimen.’

Zoe Butler, 28, made the scary discovery after buying a tin of Princes tuna from her local Asda in Arnold Nottingham.

MORE: From self-service checkouts to Nigel Farage, here’s the 50 things that really wind us up these days

MORE: Tesco facing inquiry into its treatment of suppliers

MORE: Watch this sheep raised by dogs jumping around like… well… a dog

Ms Butler told the Nottingham Post: I opened the top of the lid and saw a purply thing, a gut sack or intestine – then I turned it round and pushed it with a fork and saw it looking back at me,”

“It’s got like a spiny tail along the bottom – it’s quite grim.

“I dropped the fork, jumped back, screamed a bit and shouted for my nan to come and have a look.