TV Trends: 'Drunk History' Makes Its Way To UK – Could This Help With Lessons In Schools?

‘Drunk History’ is already an established hit in the US, as a web series produced by Will Ferrell and Adam McKay.

Now, the idea of comedians getting apparently liquored-up to narrate our nation’s history has made its way across the pond, with funnymen including Rob Beckett, Russell Kane, James Acaster and Andrew Maxwell taking turns to sink a few ales, and travelling across the country to present the rich tales offered by every city in our glorious land. 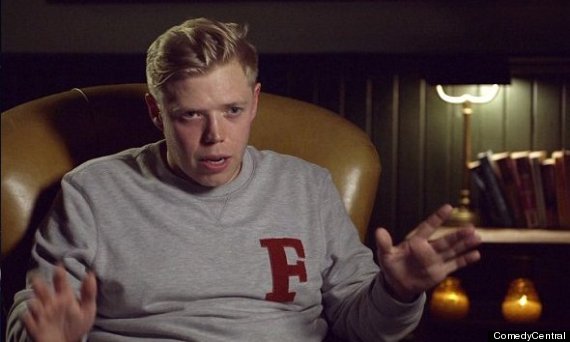 What makes the show special is that each comedian or actor is offered the chance to tell a true historical tale that they are particularly passionate about. And, as they narrate these stories, word for slurred word, they get to act out these new, rather blurry versions of history.

Narrated by Jimmy Carr, the British version is so far proving as popular as its US cousin, with viewers giving it a comprehensive thumbs-up, with some pointing out how much more memorable these history lessons are than the ones they learned in school!

Let us know if you enjoyed ‘Drunk History’, and whether you agree with some of these reactions!

Drunk History is probably the best thing that has ever been on TV.

There were a few reservations…

Cracked up at Drunk History tonight – but won’t they get into trouble for getting people so pissed?

The new UK version of Drunk History was OK but I think I may have enjoyed it more if I’d been drunk too.

But, surprisingly, a bunch of appreciation for its educational value… who says watching telly is bad for you?

Drunk History – if only I had been taught like that at school. Very funny.

Watching ‘Drunk History’ on Sky+. Funny. As a History teacher I think this is the way forward!