Bad blood is brewing between the musicians in the latest Twittersphere feud. The 25-year-old singer hit back at Nicki for insinuating her video was nominated for a VMA for her ‘slim body type’.

Twitter And Video-On-Demand – Shifting The TV Balance of Power?
ladsfads.com

In April, David Lynch took to Twitter to announce that he was not going to direct the new Twin Peaks TV series. He couldn’t negotiate the right money with Showtime, the network funding its production. Fans were in uproar. Almost immediately, Showtime issued a statement saying nothing had changed – they were still negotiating with […]

'National Identity Is a Kind of Drag': Why Duckie Are Queering the Borders for Brighton Pride
ladsfads.com

If you have a UK passport, you can be considered lucky. UK nationals have freedom of movement to 174 countries and territories (89% of the countries of the world), ranking the British passport 1st (tied with Finnish, German, Swedish and the US). By comparison, having an Afghanistan passport gives you free access to just 28. […]

The new series of ‘Strictly Come Dancing’ might still be months away but there’s already plenty of rumours swirling about just who will be taking to the dancefloor. READ MORE: ‘Strictly’ Couple Tie The Knot In Star-Studded Ceremony Fiona Bruce’s Reason For Turning Down ‘Strictly’ Will Surprise You Michelle Heaton’s ‘Strictly’ Dream Takes A Step […]

Miley Cyrus never fails to impress at the Video Music Awards, and for 2015 the good people at MTV have decided to put the ‘Bangerz’ star in charge of proceedings. Yup, she’s hosting. This year’s MTV VMAs will take place on 30 August, and Miley’s revealed that she’ll be presenting the ceremony. The ‘Wrecking Ball’ […]

25 Years Ago Today… 'Stars In Their Eyes' Showed Off Their Talents For The First Time On British TV
ladsfads.com

It is 25 years ago today that we watched the first-ever episode of ‘Stars in their Eyes’. One of Britain’s most successful ever talent shows, it ran for sixteen years, during which hundreds of contestants did their best – costume, wig, vocals – to impersonate the real stars of showbusiness, introducing themselves with “Tonight, I’m […]

Cheryl Fernandez-Versini Branded 'Not A Nice Human' By Katie Waissel, As She Launches Fresh Attack On 'X Factor' Mentor
ladsfads.com

Despite her 15 minutes of fame ending a long time ago, Katie Waissel is still continuing to slag off Cheryl Fernandez-Versini to anyone who will listen. READ MORE: Cheryl Treated For Burn Injury At ‘X Factor’ Auditions Simon Cowell Has Something To Say About Those Reports On Cheryl’s Weight Cheryl Is NOT Happy With Grimmy […]

‘EastEnders’ actress Luisa Bradshaw-White has tied the knot with her long-term partner. READ MORE: ‘EastEnders’ Spoiler! Bobby Beale Turns On Phil Mitchell Dean Reveals Hopes For Extended ‘EastEnders’ Stint Look Who’s Coming Back To Albert Square… The star, who plays Tina Carter on the BBC One soap, confirmed that she had married Annette Yeo, after […]

‘Coronation Street’ bosses have announced that there will be two new arrivals in Weatherfield, as extended members of the Connor family will be making their way t’cobbles. ‘Prime Suspect’ star Richard Hawley and Faye Brookes, who is married to Gareth Gates, will be playing John and Kate Connor. The Connors are coming! Find out more […]

Back in 2014, notorious funny man Ricky Gervais said: “Animals don’t have a voice. “But I do. A loud one. I’m a fucking big mouth. My voice is for them. And I’ll never shut up while they suffer.” And he’s certainly lived up to his word. He’s called fox-hunters “posh twats”, supported the petition opposing […]

George Ezra is exclusively premiering the video for his new single ‘Barcelona’, on The Huffington Post UK. Fresh from show-stopping performances at Glastonbury Festival and T in the Park, the singer-songwriter is gearing up for the release of sixth cut, from his debut album ‘Wanted On Voyage’, next month. The tropical video sees the star […]

A source tells People that the 31-year-old is ‘sad and trying to process everything’ in the wake of the couple’s announcement that they are divorcing. 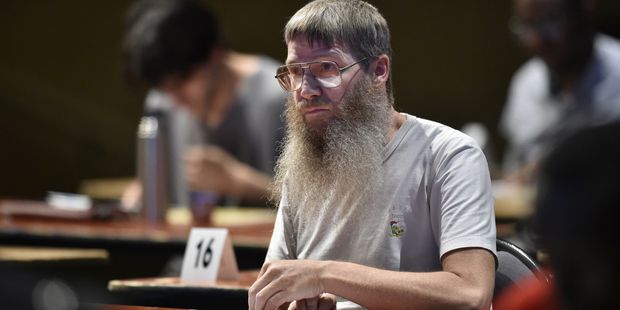 Nigel Richards (Picture: Getty) This man won the French-language Scrabble world championship recently, despite not being able to speak any French (well, he probably knows ‘bonjour’). Nigel Richards, who is from Christchurch in New Zealand, defeated a guy who actually speaks French at the final in Belgium on Monday. While he doesn’t speak the language, Richards […]