Celebrities Attacked By Animals: From One Direction's Niall Horan To Gordon Ramsay And Shakira (PICS)
ladsfads.com

Being a celeb isn’t always easy, y’know. While it may seem like A-listers cruise through life, spending their time sashaying down red carpets and picking up awards, their status doesn’t grant them immunity from some of life’s more testing moments. Like being attacked by animals. Even animal lover Mozza isn’t safe You see, sharks, puffins […]

WISE WORDS: Emma Bunton On Having Children, A Possible Return To Music And Making Tea For Jamie Theakston
ladsfads.com

In our new section – WISE WORDS – we ask our favourite personalities from all walks of life about some of the lessons they’ve learned along the way, how they de-stress from their busy lifestyles, and the things in life they consider the most important. SEE MORE: WISE WORDS: Robbie Savage On Ponytails And Dealing […]

Veteran writer Tony Jordan admits that his first version of ‘The Ark’, debuting on BBC One this evening, didn’t include the flood that followed, before he realised he’d be letting down his audience as well as himself. He tells HuffPostUK his original pitch to make the drama ended with a single rain drop in the […]

It has been confirmed that Trevor Noah will replace Jon Stewart at the helm of ‘The Daily Show’. This comes as a massive career boost for Trevor Noah, a 31-year-old South African comedian who has participated on the show only three times since his debut in December 2014. Jon Stewart announced in February that he […]

John Oliver Wants Us To Give Up Pranking On April Fool's Day
ladsfads.com

Stephen Fry has received an out-pouring of support, after quitting Instagram, stating that he’s been “hounded off” the site. Since setting his account up in 2013, Stephen has amassed over 92,000 followers, however, on Monday morning, he announced that he will no longer be using the app. The TV star announced his decision with a […]

How to Self-Distribute Your First Film
ladsfads.com

In 2013, I self-distributed my movie Papadopoulos & Sons into theatres with a print and advertising budget of just £40,000. The film achieved the second highest screen average in its opening weekend, beaten only by Oblivion with Tom Cruise. These are my top 10 tips for indie filmmakers also considering self-distribution. 1. Whether you’re planning […]

OK Go Have Made An Advert For The Chinese Furniture Store Red Star Macalline, And It's Brilliant
ladsfads.com

We’re used to hearing about – if not actually seeing – adverts that Western actors and pop stars make in the Far East. Who can forget Suntory Time, for example? And now OK Go are the latest purveyors of such Eastern wares. Specifically: Chinese furniture. The resulting commercial is full of the optical illusions that […]

Ben Stiller On The Joys Of Working With Adam Driver In 'While We're Young' (VIDEO INTERVIEW)
ladsfads.com

This week sees the release of ‘While We’re Young’, the latest whimsical family gentle comedy-drama from director Noah Baumbach (‘The Squid and the Whale’). Sharing acting duties are Ben Stiller, Naomi Watts, Amanda Seyfried and Adam Driver in this study of what happens when a middle-aged couple Josh and Cornelia – Stiller and Watts – […]

Terrence Howard is having trouble with his exes on and off screen. The actor’s second ex-wife Michelle Ghent is demanding a cut of his Empire wages.

Jamie Oliver has labelled fellow chef Gordon Ramsay ‘deeply jealous’ in an ongoing feud with his rival. Jamie, who is worth more than £240 million, hit back at his rival after Gordon took a swipe at the father-of-four when he didn’t attend the opening of his Jamie’s Italian restaurant in Hong Kong. Jamie Oliver and […]

Woman has a poo standing up in busy hospital corridor in Istanbul
ladsfads.com

I’ve seen some brazen dumping in my time but this really does take the biscuit.  CCTV caught the shocking – yet strangely impressive – moment a woman took a giant poo in a busy hospital corridor. The footage, believed to have been captured in Istanbul, shows a lady shuffle up to a wall as people […] 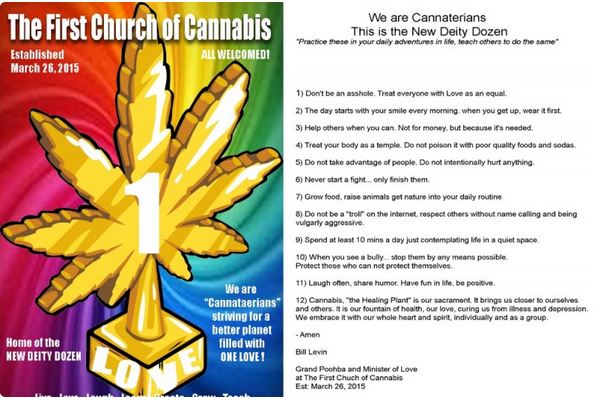 (Picture: Bill Levin/GoFundMe) Praise the Lord! Or, er, giant spliff.  Someone’s actually just gone and set up the first Church of Cannabis. Self-proclaimed ‘Minister of Love’ Bill Levin spawned the idea after the ‘religious freedom’ law was passed in Indiana, US. It was drawn up to allow businesses the right to refuse to cater for people […]