'Annie' Director Will Gluck Made Annie's Adopted Father A Telecommunications Mogul, Because 'Cell Phones Are The Worst Thing'
ladsfads.com

Annie’s adopted father in the new big screen version of the musical is a telecommunications mogul because that is the worst possible profession right now, according to the film’s director. Will Gluck tells HuffPostUK that, while the millionaire who takes Annie to his heart in the original film version was a war profiteer who made […]

Welcome Back Linking Service The hub of our business, we have been doing this for years. This is an essential service for any business who wants a online presense. More.. Video Creation Video will bring your website to life and help you to connect with your audience. Video or animation will make your site more […]

There have been some fantastic art exhibitions this year and the popularity of box office draws such as Rembrandt and Matisse warms the heart. However as I compiled this list, I couldn’t help but notice that the list is dominated by white men – a sore reminder that diversity and representation remains a challenge that […]

The Joy of Accents and Potatoes
ladsfads.com

You Say Potato is yet another successful collaborative book by David Crystal and Ben Crystal. The title derives from Let’s Call the Whole Thing Off sung by Fred Astaire and Ginger Rogers in the film Shall We Dance. (Already got the tune in your head?) It is written in the form of an extensive dialogue […]

Debut Contemporary, its artists and Barry Martin and Klara Taussig-Cecmanova as co-curators with Samir Ceric, the gallery’s director, decided to join forces to raise funds and awareness for the Harrison’s Fund Charity. Located in 82 Westbourne Grove, Notting Hill, London, the show will continue until the 31st of January. 20% of the money raised from […]

Joe Cocker Dead: Distinctive Singer Of 'Up Where We Belong' And Four-Decade Career Dies Aged 70
ladsfads.com

Joe Cocker has died aged 70. The Sheffield-born singer, who had a career lasting more than four decades with hits like ‘A Little Help From My Friends’, ‘You Are So Beautiful’ and ‘Up Where We Belong’, died after an undisclosed illness. Joe Cocker was 70 His agent Barrie Marshall described Mr Cocker as “simply unique”. […]

Thirty Shades of Great: THE Films of 2014
ladsfads.com

So that was 2014, a year when a comedy compromised the free world, when a tree and a raccoon stole millions of hearts, and when Gilliam, Scorsese, Godzilla and Jack Ryan returned to cinemas, but what, you may yawn, was THE film of the past 12 months? 30: Dallas Buyers Club: Matthew McConaughey and Jared […]

Mila Kunis wears what appears to be a wedding band to basketball game with Ashton Kutcher
ladsfads.com

Puppy so excited to see owner it does a Latin dance
ladsfads.com

This puppy at an animal daycare centre was so excited when his owner arrived he started to do a Latin dance. The dog also jumped up and down uncontrollably after spotting his master behind a clear panel when she arrived to pick him up. The video was posted on YouTube by Kevin Clancy and was loved by the […]

Woman with 3 boobs takes gimp men out for walk in public
ladsfads.com

Warning: Strong language Think you’ve seen it all, do you? Think again. Here’s a three-breasted woman walking men like a pack of dogs. The bizarre clip, captured by two bemused men in a car, shows four men on leashes crawling along a public footpath. They’re all wearing gimp masks. ‘Do they bite?’ asks one guy from […]

It can be difficult to keep up with who’s who in Soapland, and the constant arrivals and departures don’t make it any easier. In 2014, ‘EastEnders’, ‘Corrie’, ‘Hollyoaks’ and ‘Emmerdale’ have all welcomed newcomers, and also waved goodbye to some old favourites. While many of these changes have given us some of the most memorable […] 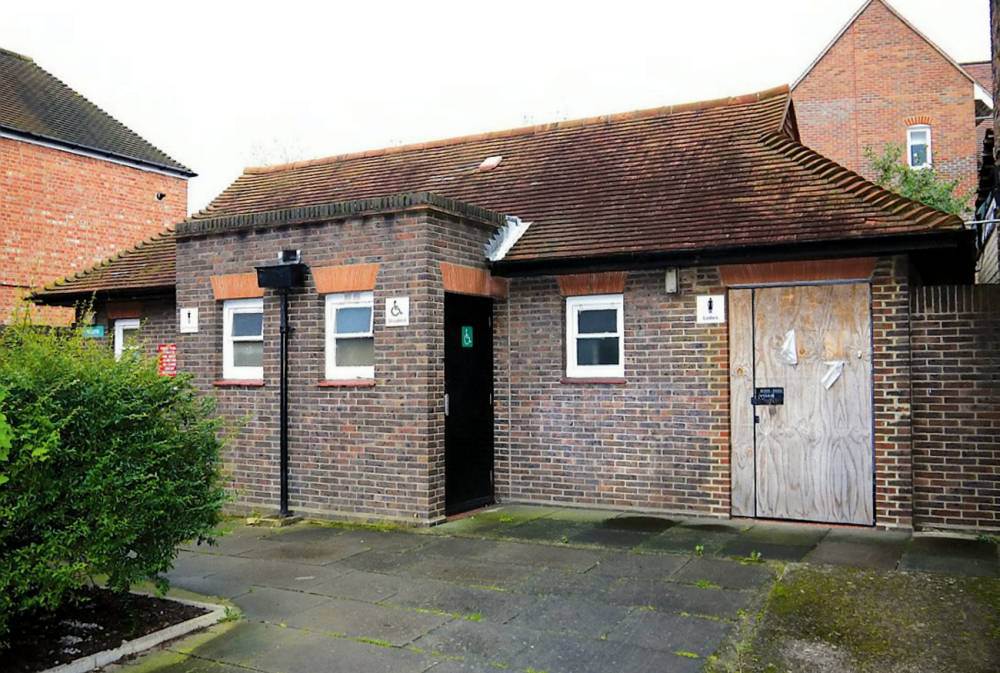 This former public toilet in Surrey has sold at auction for an incredible £415,000 (Picture: SWNS) Needing the toilet in the middle of town can be a treacherous affair. With fewer public loos on offer, a desperate person’s race to the porcelain can easily end in a photo finish. One man decided to put an […]