Use emojis to get laid more often, Match.com research suggests 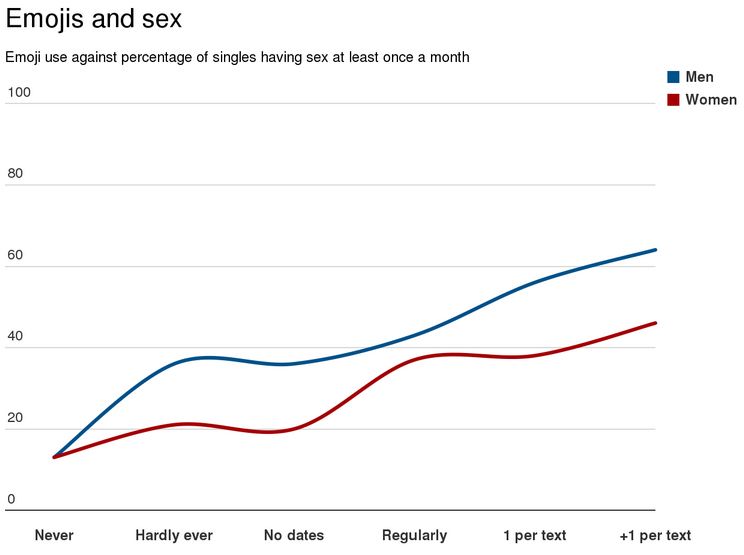 Like emojis? No? Well learn to love them – because those who do have more sex, according to research.

There is a direct correlation between singles who use cartoon smilies in their messages and the amount of sex they have.

Match.com’s latest ‘Singles in America’ study reveals that those who used more emojis have around twice as much sex every month compared to those who don’t.

The research suggests that men who use more than one cartoon emotion per message get laid more than their female counterparts.

MORE: Man in viral office sex video is married with kids and his wife found out via Facebook

MORE: 10 reasons never to date a man with a big penis