Want to know where Wally is in the quickest time possible? 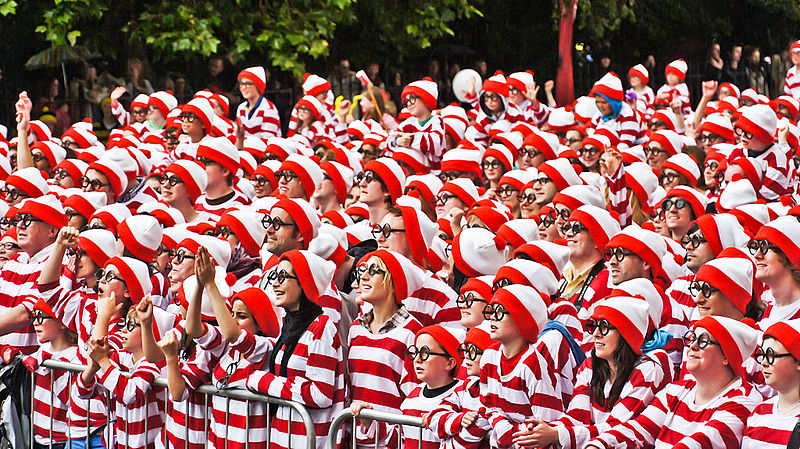 He’s the bespectacled stripe-loving explorer, whose elusiveness has frustrated us all for almost 30 years.

But now, a student in America has figured out the easiest way to work out exactly where Wally is.

After becoming trapped in a snowstorm, Randy Olson, a PhD student at Michigan State University, set about finding the best way to discover the iconic character.

He discovered that Wally, or Waldo as he’s known internationally, only ever appears in 68 locations, in the seven primary editions of the book.

This chart demonstrates his findings, and if you apply it to any picture containing Wally, you’ll find that he’s actually spot on.

He also managed to work out a ‘search path’ to find Wally in the quickest time possible.

It’s an undoubtedly bonkers idea, but Randy seem only too aware of this.

He wrote on his blog: ‘”But Randy, don’t you have better things to work on?

”’You know, curing cancer, solving world hunger… ANYTHING else?”‘, a sane person would have said at that point.

‘Too bad that sane person wasn’t around.’

Anyone else think that it takes the fun out of the whole thing a bit?

MORE: First gay superhero gets his own series (with husband in tow)

MORE: Feminist ‘aborted baby because it was a boy’