What Is Novichok? Theresa May Reveals Russian Nerve Gas That Poisoned Spy 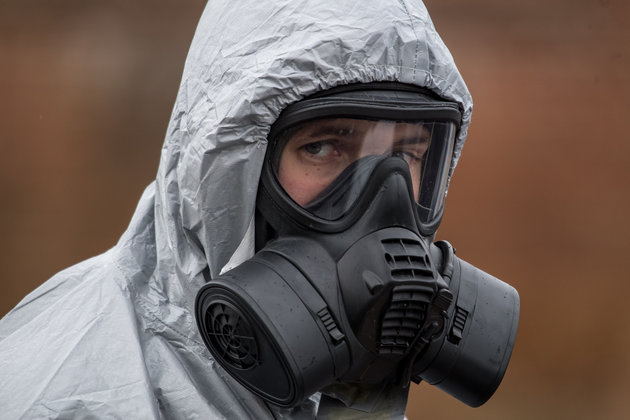 Theresa May has revealed that the nerve agent that poisoned Sergei Skripal and his daughter in Salisbury was Novichok – a substance developed by the Soviet Union in the 1970s and 80s, said to be one of the deadliest chemical weapons ever developed.

The group of “military-grade” chemical agents was positively identified at the UK government’s Porton Down laboratories.

“Russia has previously produced this agent and would still be capable of doing so,” the Prime Minister told MPs, as she said it was “highly likely” that Russia was responsible for the attempted murder.

Experts suggest Novichok, which means “newcomer” in Russian, is between five to 10 times more lethal than other poison gases – and designed to mask itself from NATO detection equipment and chemical protective gear, and developed in secret to dodge international treaties.

Moscow is not believed to have ever declared Novichok or its ingredients to the Hague-based Organisation for the Prohibition of Chemical Weapons (OPCW), which oversees a treaty banning their use. There are no known previous uses of the substance. 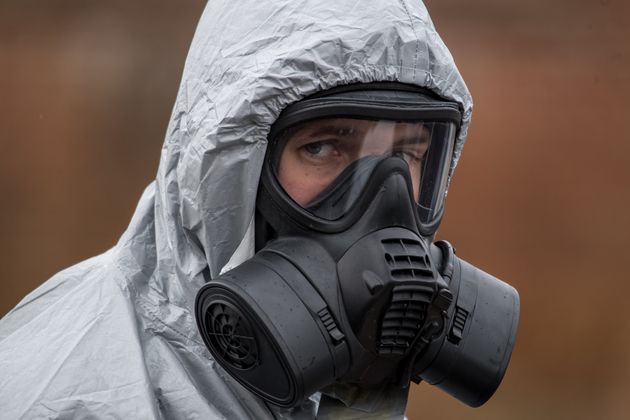 May acknowledged that the reason the government had issued an instruction to hundreds of people who may have come into contact with the agent to wash their clothes, was because Novichok had been detected.

Foreign Secretary Boris Johnson has told the Russian ambassador that Moscow must “immediately provide full and complete disclosure” of its Novichok nerve gas programme to the Organisation for the Prohibition of Chemical Weapons, giving Russia until the end of Tuesday to respond.

Over the weekend, reports suggested police had already ruled out both VX, developed by Britain in the 1950s, and Sarin, developed by Germany in the 1930s.

It left Novichok, said to be up to ten times stronger than VX, the most likely agent to have been deployed.

The use of novichok in Salisbury not surprising but remarkable. Developed by Soviet Union in 70s and 80s, and more deadly than VX nerve agent. A brutal calling card that would inevitably be discovered. Conclusion: Putin and FSB wanted this row now

Colonel Hamish de Bretton-Gordon, the former head of Britain’s Chemical, Biological Radiation and Nuclear regiment, told the Express newspaper that Novichok was so potent that Skripal would only have needed to touch it “as he opened a parcel for it to be absorbed into his bloodstream”.

It was designed as a “binary weapon” – meaning they are made up of two relatively harmless ingredients that only become deadly when mixed together.

It therefore makes the agent easier to transport and handle, and gives it a much longer shelf life than other nerve agents. 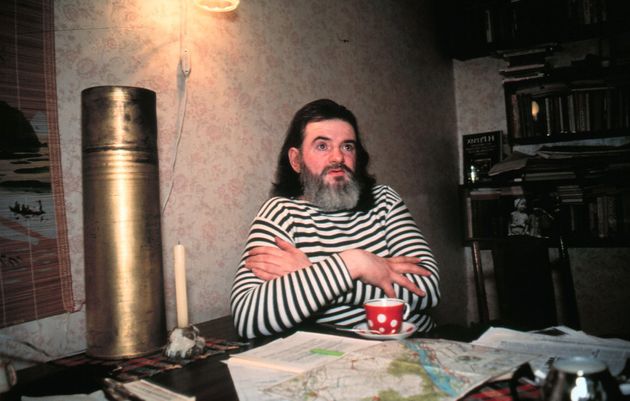 Novichok became notorious in the 1990s when a Soviet scientist called Vil Mirzayanov was put on trial for revealing its existence.

In an interview with the New York Times, Mirzayanov spoke of how it was far more potent than anything in the US – and that it was so secret it didn’t become known for as much as a decade after it was actually available.

“Mr Mirzayanov told me that the Russian stockpile of chemical weapons, some 60,000 tons, ‘would be enough to kill tens of millions.’ Since Novichok was not developed in large quantities, he said, the Russians may have only enough of it to kill several hundred thousand people. Although this would be ample to wipe out a medium-sized city, he said, there would be hidden costs as well: ‘mutations in the next generation or future generations.’

Russia was once believed to possess thousands of tonnes of weaponised Novichok varieties and their precursors, according to a 2014 report by the US-based Nuclear Threat Initiative, a non-partisan group working to reduce the threat of weapons of mass destruction.

Novichok, the fourth generation of poison gas, was made with agrochemicals so that offensive weapons production could more readily be hidden within a legitimate commercial industry, according to US chemical weapons expert Amy Smithson.

The chemical “causes a slowing of the heart and restriction of the airways, leading to death by asphyxiation”, said pharmacology expert Profesor Gary Stephens at the University of Reading.

“One of the main reasons these agents are developed is because their component parts are not on the banned list.”

The weaponisation of any chemical is banned under the 1997 Chemical Weapons Convention, of which Moscow is a signatory.

In a blog written before the PM’s statement, freelance journalist Philip Ingram noted how Novichok was designed to be undetectable for any standard chemical security testing – and that investigators in Salisbury appeared to respond to its identity being revealed.

He wrote: “We have seen military personnel wearing additional protective suits over their standard military issue ones but what look like standard respirators.”