What the world would look like if water wiped out humanity 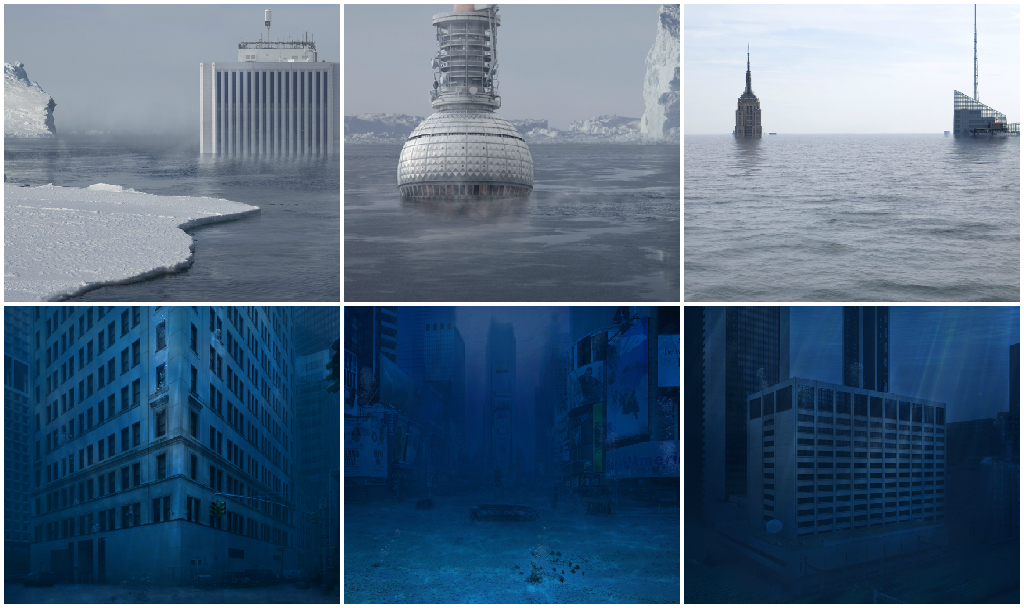 Is this a bleak glimpse into humanity’s doomed future?

The incredible artist impressions shows world-famous landmarks engulfed by a sea of water in scenes that resemble those from The Day After Tomorrow.

The photographic series was created over two years from 2012.

But a world engulfed by water may not be our demise.

Scientists at the University of East Anglia claim boiling oceans and searing air temperatures will render our planet uninhabitable in the distant future.

Then there’s the possibility of a ‘bio-terror – or bio-error’ which could wipe out one million people by 2020, predicts astronomer Royal Martin Rees.

How about a robot uprising?

Drones and other automated weapons systems are common on the battlefield – and even for police surveillance. But Human Rights Watch warn that Terminator-style robots – which can ‘decide’ to kill – will be feasible in decades.