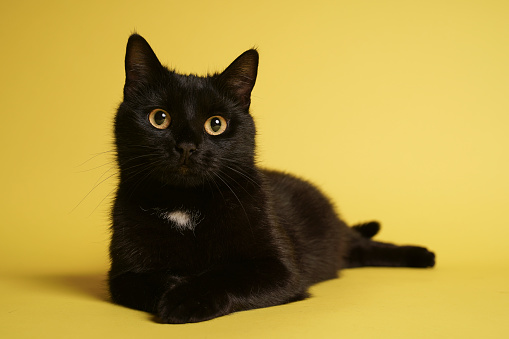 With the new year now underway, everyone will be hoping for a lucky 2023.

However, for those of a superstitious nature, there may be a slight hiccup – today just so happens to be Friday the 13th.

A date that occasionally brings a mild degree of dread to even the most rational of us, the unlucky associations of both the date and the number 13 are well known.

From horror films to meme culture, the date is often associated with bad luck, and while it only happened once last year, that isn’t always the case.

So, just how many times will we have to contend with Friday the 13th in 2023?

Here is everything you need to know.

When is the next Friday the 13th?

Friday the 13th is happening today, January 13, 2023 and we’ll be treated to another one in October.

As such, it might be worth staying away from walking under ladders and watching for black cats.

The good news for anyone superstitious is that Friday 13 will only occur twice in 2023 – today and Friday, October 13.

While the date will also appear twice next year, anyone who dreads the date will be pleased to hear it will only happen once in 2025. However, in 2026, we’ll see Friday 13th three times – so watch out.

Upcoming dates for Friday the 13th

Where does Friday the 13th get its reputation from?

While the origins of the date aren’t entirely clear, many have speculated that it could date back to the crucifixion of Jesus, who was widely believed to have been betrayed on a Friday, and there were 13 people in attendance at the last supper.

However, National Geographic argue that Friday the 13th ‘wasn’t associated with bad luck until 1907, when a novel titled Friday, the Thirteenth was published.’


MORE : When are the Royal Family’s birthdays in 2023? Full list of key dates