Why did the chicken cross the road? Because a policeman told it to 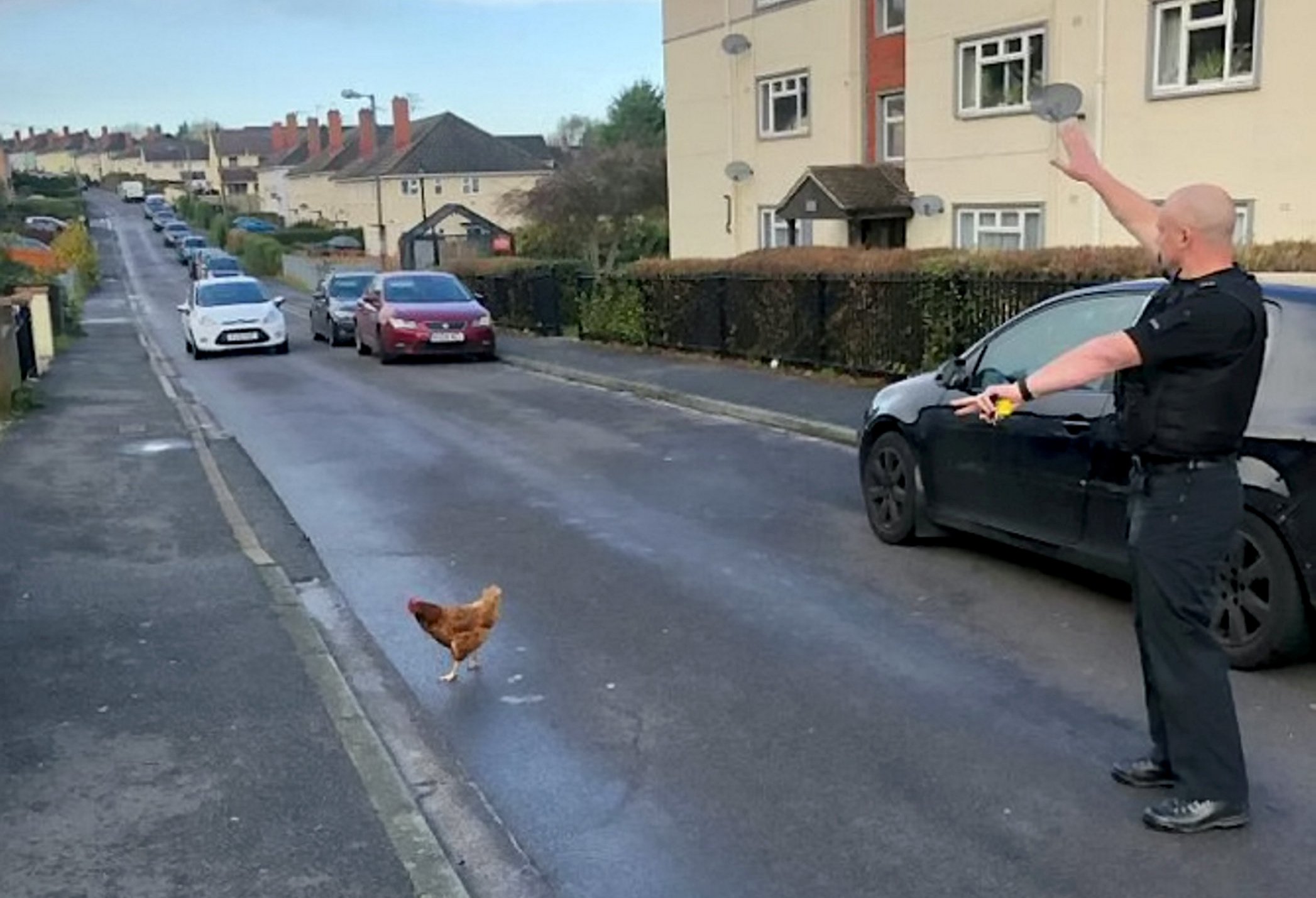 This is the bizarre moment police stopped traffic – so a chicken could cross the road.

Officers from Avon and Somerset Constabulary were returning from a job when they spotted the ‘feathery citizen’ on the pavement.

Wanting to ensure the animals safety, one of the cops then bravely stood in the middle of the residential road and halted passing cars.

The force shared a photo of the unusual encounter on social media – with the post receiving several humorous responses.

‘On the way back from a pre-planned operation, our officers assisted this feathery citizen in crossing the road safely.

Ian Fudge wrote: ‘No fowl play in the neighbourhood today!’

While Charli Myatt posted: ‘Wouldn’t have stood a clucking chance without assistance!’

The real reason the chicken crossed the road

Why did the chicken cross the road?

To visit the village idiot.