Woman marries her cat to get round pet-hating landlords 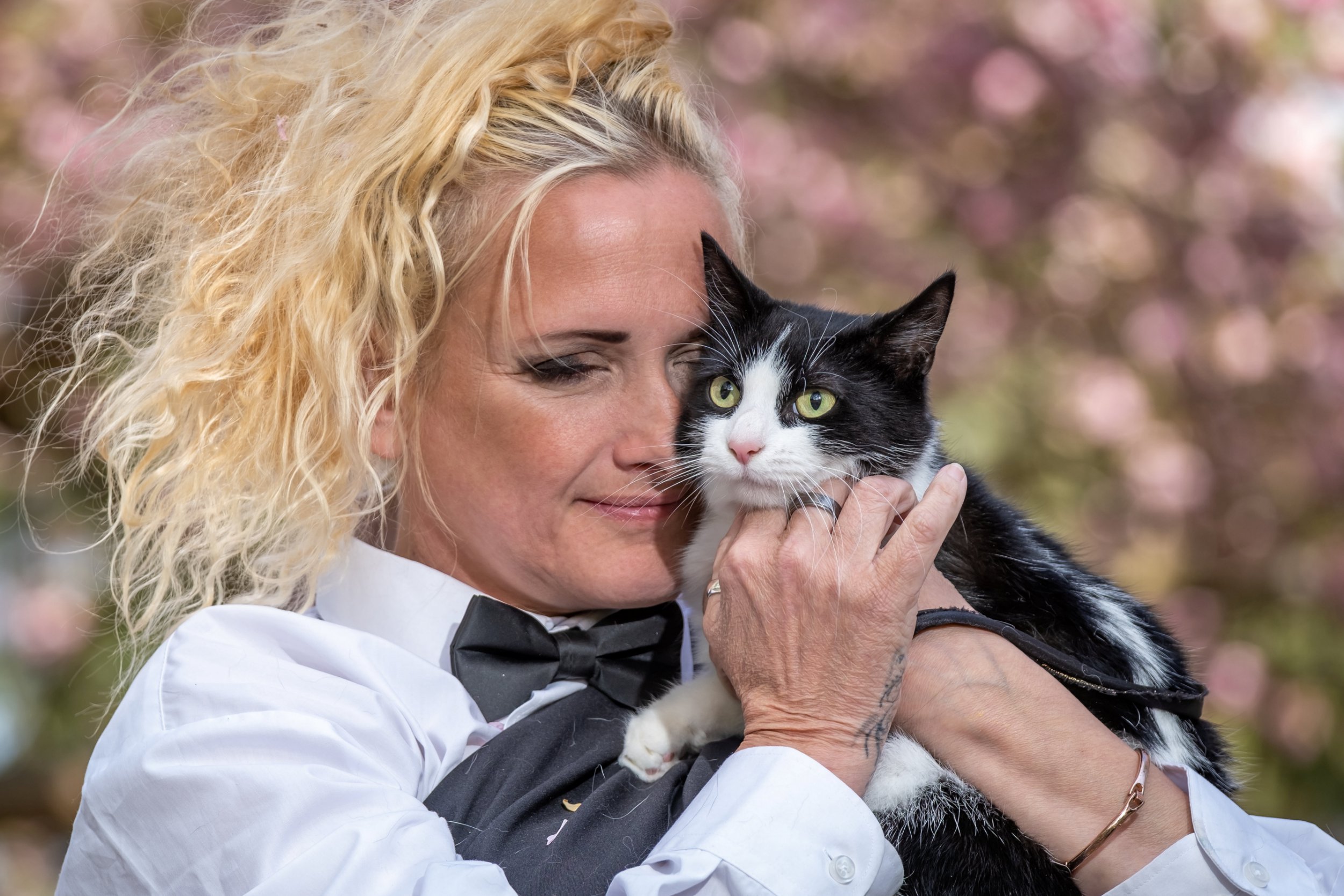 A woman has married her cat to stop heartless landlords forcing her to give her up.

Deborah Hodge, 49, has already rehomed three animals over the years by landlords who don’t want pets in their properties.

But she is now terrified of being made to part with her precious cat India after losing her job as a life coach last month.

If she can’t pay her next rent payment, she may be evicted and will once again have to go through the trouble of finding a pet-friendly landlord.

That’s when the mum-of-two got the idea that if they were married, it would show any future landlord just how important it is for them to stay together.

Decked out in a tuxedo, Deborah tied the knot with India at a civil ceremony presided over by her legally ordained friend.

The five-year-old cat was draped in gold lamé for the big day and meowed her vows in front of Deborah’s family and friends in the south-east London park.

Deborah, an unemployed mum from Sidcup, said: ‘She is fundamentally the most important thing in my life after my children.

‘By marrying India, I need any future landlords to know that we come as a package and we cannot be separated under any circumstances as she is as important to me as the children.

‘I refuse to be parted with her. I’d rather live on the streets than be without her.’

While living in a previous property, Deborah was forced to give up her two huskies, Siri and Starshine, when her landlord threatened her with eviction.

After moving to her current home five years ago, her landlord ordered her to give up Jamal the cat or be evicted.

She said: ‘It absolutely broke my heart. Your pets become part of your family and it was just absolutely devastating having to say goodbye to them.’

Deborah begged to be allowed to have another cat and after countless emails, her landlord finally relented.

India joined Deborah and her two children in 2017 and quickly became a beloved pet.