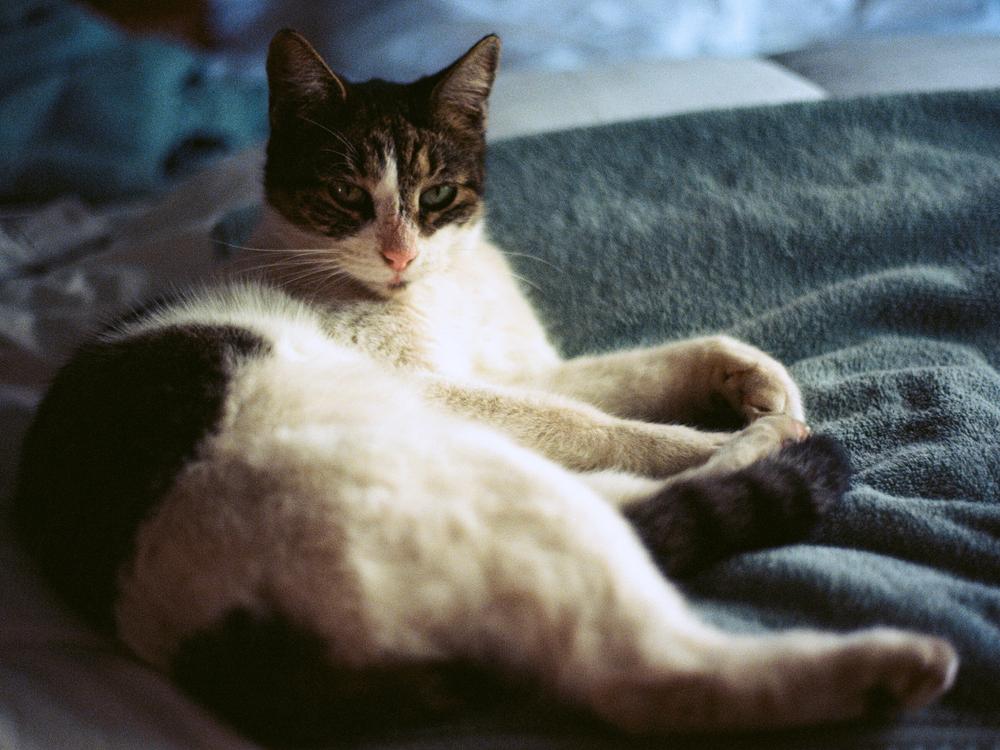 A woman is purring with joy after marrying her two cats.

Barbarella Buchner, 48, tied the knot with her two feline companions after a seven year relationship with a (human) man ended.

After finding comfort in brothers Lugosi and Spider, who she adopted from an animal shelter, she decided to take the leap and marry them.

The three of them them had a honeymoon in Lanzarote, and Barbarella even had the initials of her ‘husbands’ tattooed on her leg.

She told The Sun: ‘I realised no human had ever or could ever make me feel as happy and loved as them.’

MORE: Woman calls 999 because her neighbour’s cat was giving her a ‘strange look’

The marriage was even ‘recognised’ (sort of) with a certificate from a website which aims to help people marry their pets.

Barbarella now plans to live married life to the fullest at her home in north London.

She said: ‘Some people call me a bigamist for marrying two cats, but why shouldn’t I?’

Adding that her family think she is ‘raving mad’ Barbarella says her loved ones need to just ‘accept it’.

MORE: Somerset police actually cordon off a swan sat in the road, for some reason