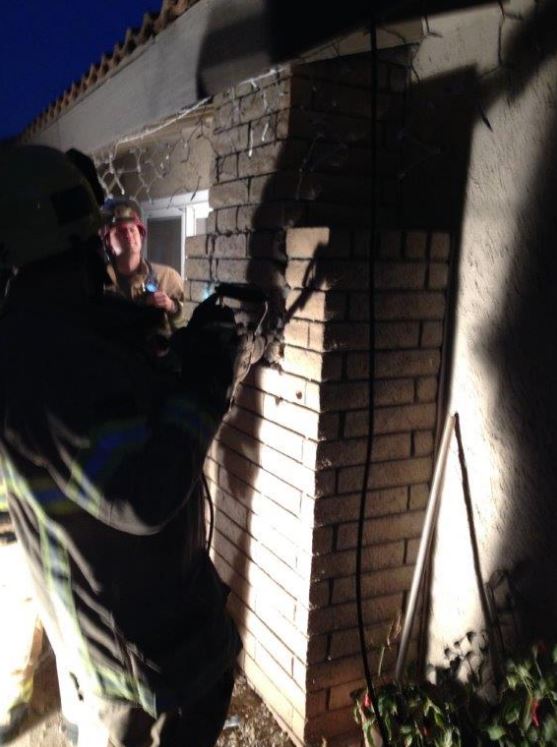 A woman had to be rescued after stripping off and trying to climb down the chimney of her ex-boyfriend’s home.

Firefighters in California were called to a property in Woodcrest by the homeowner who was woken up by his former lover’s cries for help.

The mother of his three children had tried to open the front door at around 5am, report CBS.

But when the 35-year-old failed to gain entry she climbed to the roof, removed all her clothes and slid down the chimney.

She became wedged in the 12x12in chute.

Firefighters spent two-hours rescuing her and were forced to break the fireplace open.

She was taken to hospital with minor injuries and very sooty legs.

MORE: Woman rescued by fire crew after getting locked in cupboard – by her one-year-old child