Woman stays in AirBnb shop window for £1,000 a night after prank escalates 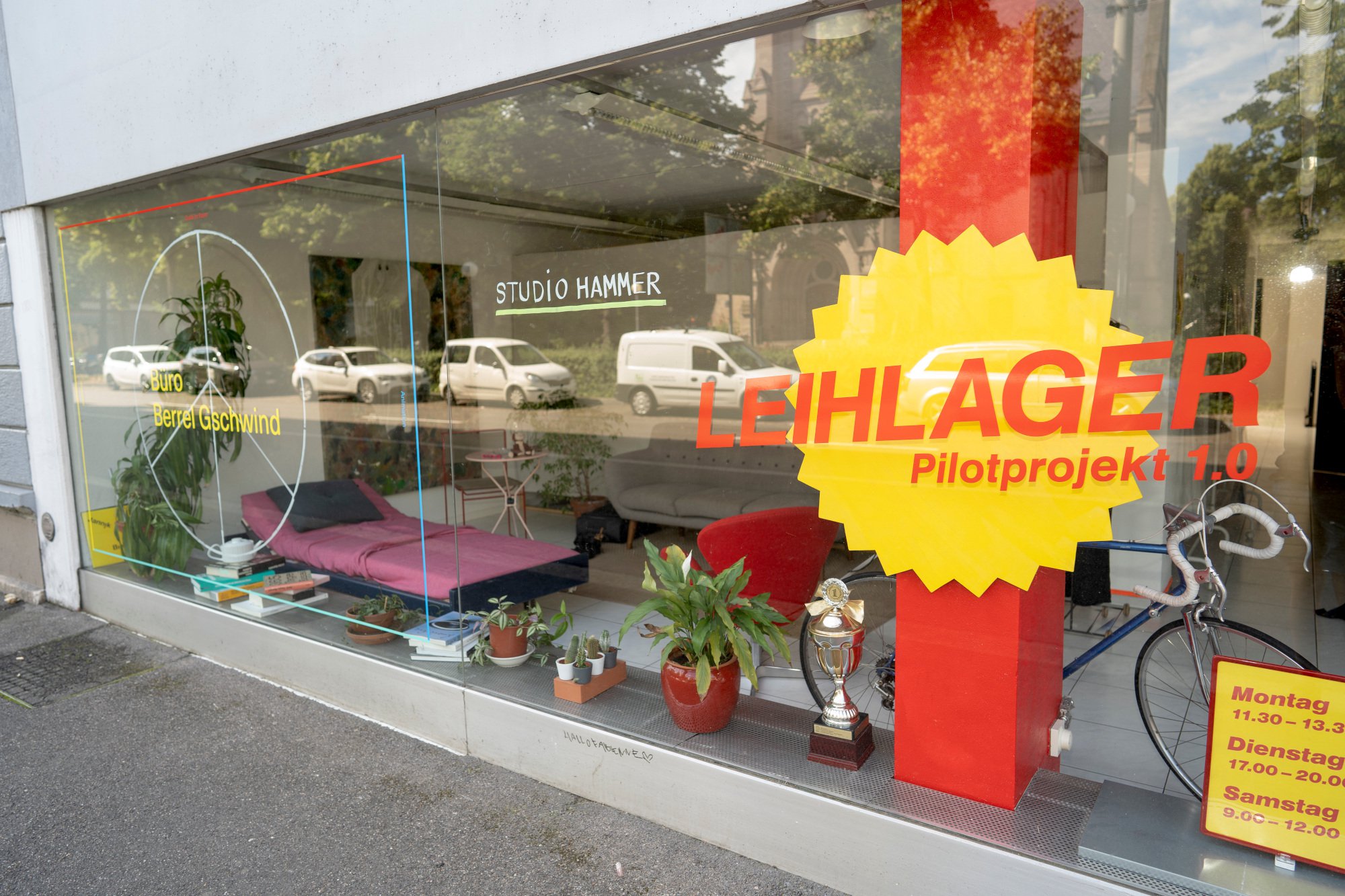 AirBnb is known for its wacky places to stay which can sometimes leave even a well-experienced traveller surprised.

Staying in a shop window for a whopping $1,300 a might be a bit too much for some people, but one American tourist was keen to snap the offer up.

The listing was supposed to be a joke as part of the international Art Basel art fair in Switzerland.

But the stunt escalated when the woman decided to take the offer at the Kleinbasel Leihlager store on Feldbergstrasse.

Gawin Steiner, a member of the Leihlager team, told Swiss media: ‘The whole thing was a marketing gimmick, at no time did we assume that someone would actually book or come.’

Steiner explained: ‘She booked for three nights and we renegotiated the price a bit.

The team were not expecting her arrival and had to rush to get all the preparations ready.

Steiner said: ‘We built a scaffolding from battens and pulled it up as a wall. That would be a bit strange otherwise.’

Included with the window is a small office space and has a chic and modern look to it.

It also has panoramic views of the car parking either side of the street with some mid-century modern furniture and even a TV.

The shop was keen to avoid people confusing the space with the sort of window bedrooms you’d find in the red light districts of Amsterdam or Hamburg.

The place has a more homely vibe than that, and other than the bed taken from the back room, the furniture and plants was donated from everyone’s own places.

Steiner added: ‘The effort was well worth it and somehow this project made us feel like part of Art Basel.’

It is currently unclear if the American woman managed to get a good night’s rest and a lie in to catch up with jet lag, as the street becomes very busy from 9am onwards.

It is also currently unclear if the Leihlager store plans to list the rental for next year’s Basel art fair.

Steiner said: ‘I don’t think it would work for next year. I don’t imagine the sleeping feeling is that great.’

It isn’t the first time there’s been an AirBnb listing this weird.

A ridiculous AirBnb room in a shop window in a convenience store opened up in New York in 2015.

And a bizarre AirBnb which looks directly into a restaurant also popped up in New York.