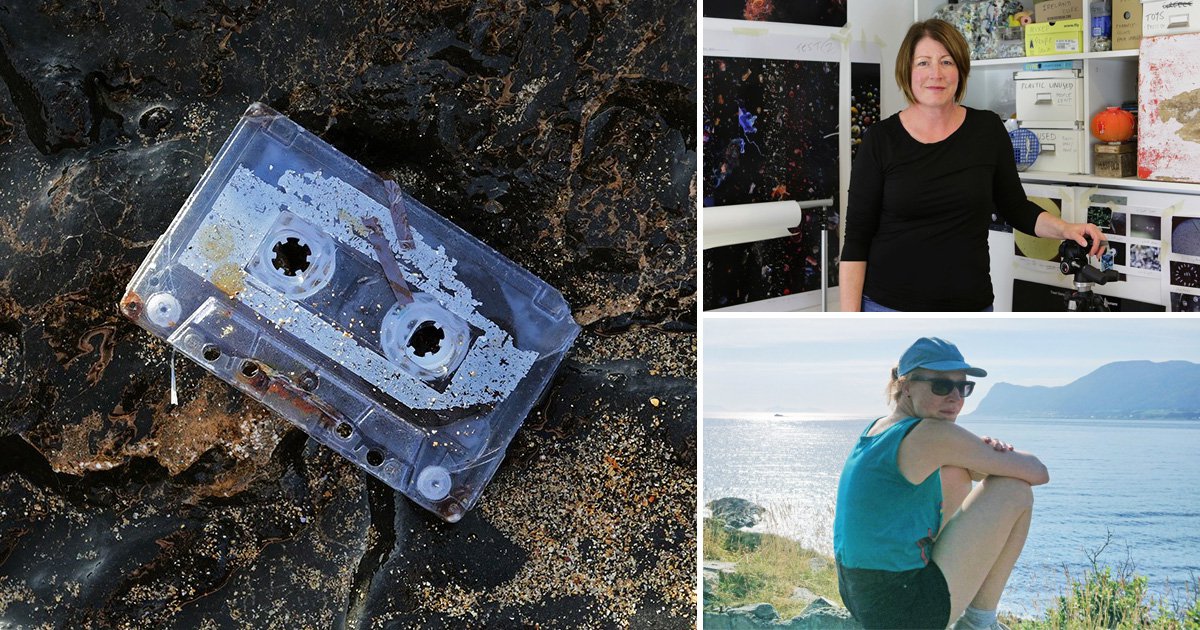 A woman who lost a mixtape she had made on a family holiday in Spain in the early 90s randomly found it while visiting an art exhibition in Sweden more than two decades later.

Stella Wedell was just 12 when her homemade cassette – featuring hits by Shaggy, UB40 and the Pet Shop Boys – was lost in either the Costa Brava or Majorca.

She was convinced she would never see it again, but almost 25 years later the tape was discovered.

In 2017, it washed up on a beach more than 1,200 miles away in the Canaray Islands and miraculously still worked.

Artist Mandy Barker, from Leeds, specialises in marine photography and is currently touring an exhibition on plastic pollution.

She found the tape on a beach in Fuerteventura and sent it off to a professional audio restorer who was stunned to find it will played.

Mandy included the cassette, as well as a full track listing, in her exhibition Sea Of Artefacts.

Last summer, the exhibition made its way to Stockholm, where Stella, from Berlin, happened to be visiting on a holiday tour of Scandinavia.

She noticed the track listing with the tape and something jogged her memory. Unbelievably, she realised the cassette was hers.

Stella said: ‘When I was reading the track list, it seemed very familiar to me.

‘So I took a picture of it and compared it with the original CD from 1993, which I still have – and it was exactly the same tracklist, but starting with track three.

‘I remember that I didn’t like the first two songs. I always made tapes from my CDs at this time to listen to them with my Walkman.’

Stella emailed Mandy, who said: ‘It was an astounding chance for Stella to walk into my exhibition and recognise her tape.’

The tape will continue touring as part of the exhibition, before being returned to Stella.

1. Somebody Dance With Me – DJ BoBo

4. Rock With You – Inner Circle

12. Never Let Her Slip Away – Undercover

Get in touch with our news team by emailing us at webnews@metro.co.uk. For more stories like this, check our news page.