Woman’s horror as giant African millipede climbs up her toilet 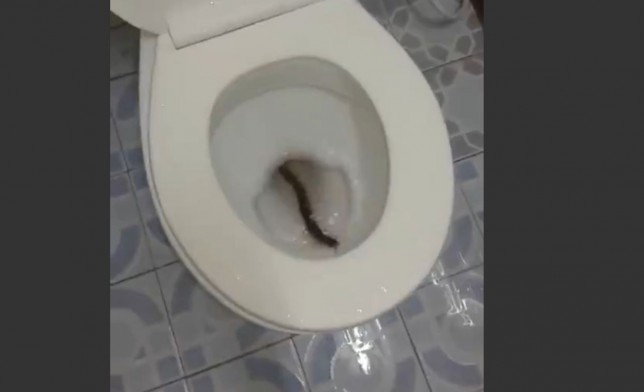 Most people quite fairly expect their toilet to be a sanctuary, somewhere they can retreat a couple of times a day to do the necessary.

But for this woman her moment of peace turned to horror when a giant African millipede climbed up the U-bend.

Unsurprisingly she reacts in horror at the meaty creature, screaming as the thing writhes and twists in the bowl, thrashing its tiny legs.

It is unclear where the video was filmed, but viewers agree the insect does indeed seem to be a giant African millipede, one of the world’s largest insects that can grow up to 15.2in in length with a girth of 2.6in.

MORE: Woman treated in hospital after snake hiding in toilet bites her bum