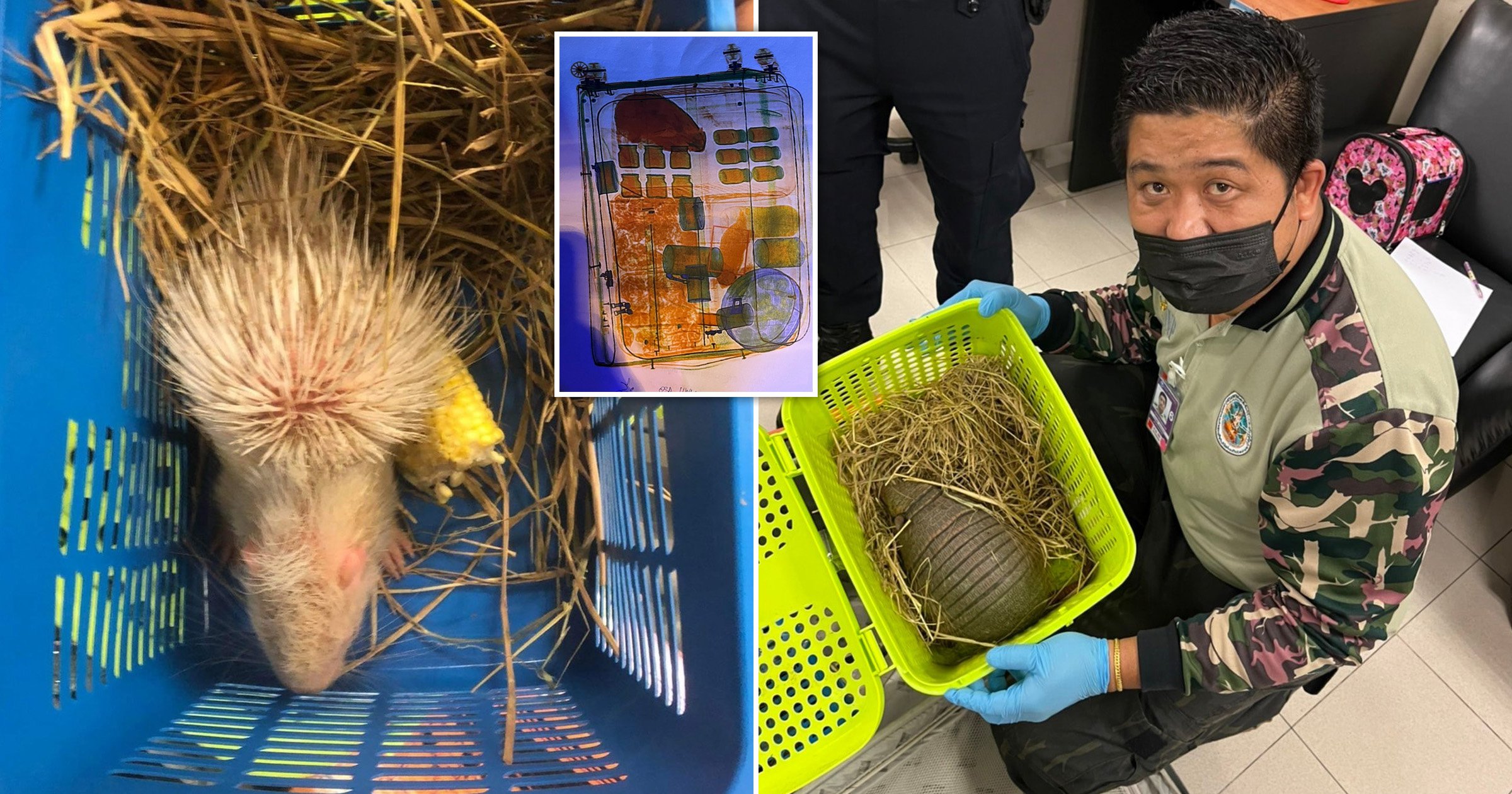 Two women were caught trying to board a flight with hundreds of live animals in their suitcases including 50 chameleons and 35 turtles.

Nithya Raja, 38, and Zakia Sulthana, 24, were detained when an X-ray screening of their luggage revealed more than 100 creatures stuffed inside their bags.`

The suspected wildlife smugglers, both from India, were reportedly on their way to Chennai.

They were flying from Bangkok’s Suvarnabhumi International Airport on June 27 when they were arrested.

Sathon Konggoen, chief of the wildlife inspection office at the airport, said: ‘This kind of case has happened many times because the animals have expensive price tags in India.

‘Animal trafficking is usually detected at the Thai-Myanmar borders and domestic airports to a certain extent.’

Two iguanas were found dead, while the other reptiles showed symptoms of dehydration, authorities said.

The animals are now receiving treatment and will be transferred to wildlife centres or breeding facilities.

Meanwhile, the women were charged with violating the Animal Disease Act of 2015, the Customs Act of 2017, and the Wildlife Conservation and Protection Act of 2019.

They were remanded in police custody while awaiting official prosecution.