Workers beat up and film an ‘alien’, only to realise it was a malnourished bear 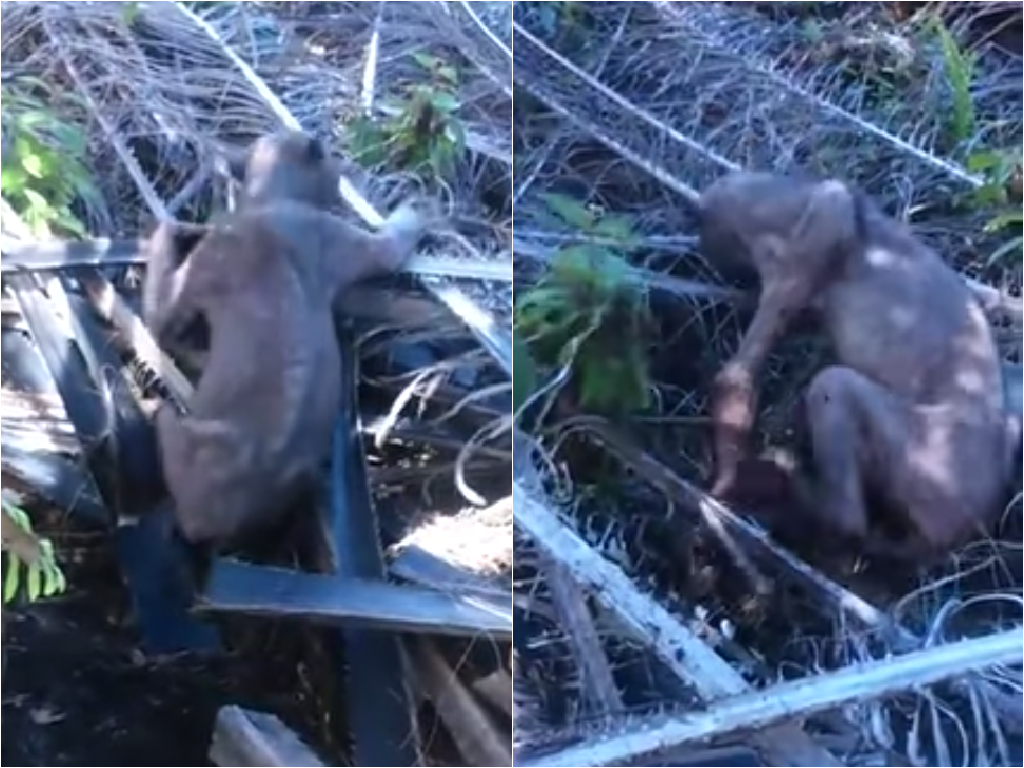 Confused workers subjected a malnourished bear to a savage beating recently because they thought it was an alien.

The poor creature was spotted in the Malaysian jungle by staff at the palm oil plantation, who due to it’s unusual appearance thought it was a being from outer space.

Only after giving it a hiding with a stick did the workers realise it was in fact a rare sun bear – at which point they filmed it gingerly crawling away into the jungle after it had regained consciousness.

Warning: This clip contains scene of animal cruelty which some viewers may find upsetting

MORE: The dog abandoned at a train station with a suitcase has found a new home

Worker Herman Tutu, 33, said: ‘We were completely shocked as none of us had ever seen such thing.

‘It had very strange shaped claws and when it saw us it came towards us. One of us then hit it with a stick several times until it passed out.’

In a cruelly ironic twist, sun bears are an endangered species due to the large-scale deforestation taking place in their natural habitats, which may have been the reason this one clearly hadn’t eaten in several weeks.

Environmental group Naturetalksback condemned the attack on and filming of the bear, as well as the worker’s labelling it as a ‘monster’.

They said: ‘A local endangered bear gets the living daylights beaten out of it, is filmed, and paraded on the internet as a “freak of nature” or a monster. This is not right.’

MORE: Someone is letting out an igloo for just £7 a night on Airbnb

MORE: This mesmerising Vine shows a 24-hour time-lapse on the ISS