Would you stay in this crane hotel that moves in the wind? 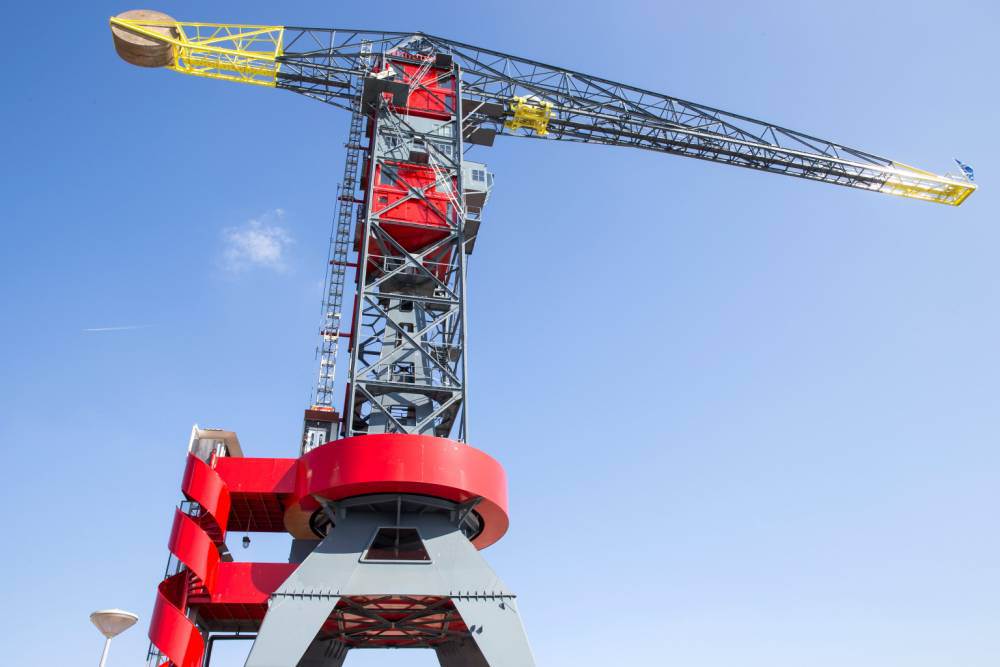 One of the world’s oldest and largest cranes and been transformed into a swanky hotel.

Architects say the 50-metre maritime crane in Amsterdam still moves in the wind.

Hotel Faralda boasts three luxury hotel suites – each with their own unique character and one with an outdoor hot tub.

The 250 tonne crane was left to decay had previously been branded ‘impossible’ to develop.

But just three years since that statement, the crane is hosting elite guests in its rotating suites decked out by a top team of interior designers.

Hotel spokesman Edwin Kornmann Rudi said: ‘But after years of preparation there was a point of no return.

‘Nowhere else in the world is there something as unique, as big and high as this hotel.

‘This has put an end to the fight against the decline of the historic harbour crane.’

She added it is ‘the most talked about wedding location in the Netherlands’.

Alongside deluxe dining and sumptuous suites, the steel colossus also boasts a private business club where internationally oriented companies and stakeholders to use the crane for all sorts of sessions.

Developers splurged £660,000 building each room, setting customers back by £340 a night.

Architects say the crane still moves in the wind and is fitted with a thrust bearing made of gold – which allows the suites to rotate.

MORE: How did we miss the opening of the world’s first dessert themed hotel?

MORE: WiFi is now the most important thing in a hotel, according to guests

MORE: Sleep (and then wake up) with the fishes at the first underwater hotel