Natalia Kills and Willy Moon have been keeping a low profile since being fired from ‘X Factor New Zealand’, but now, they’ve publicly addressed their rant and subsequent sacking.

However, while you’d be forgiven for thinking that the husband and wife duo would issue grovelling apologies, they appear to be trying to apologise without actually using the word ‘sorry’.

Come on you two, you can do better than this. 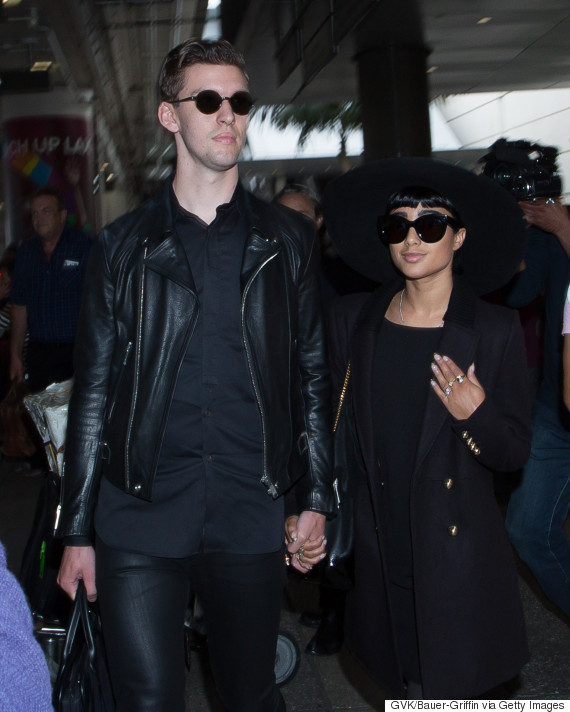 The couple has now posted two separate, but very similar, posts on Twitter.

“A lot goes on behind the scenes of a reality TV show and you see isn’t always the whole story. The show brought me on to bring my passion, dramatic expression and perspective. I was encouraged to be outspoken and things got out of hand. Joe. I hope you can forgive me and I wish you all the best! Be natural, unconventional and be you!”

Hmmm, not exactly an apology is it? Has Natalia completely forgotten how brutal her rant was?

Willy’s statement reads similarly, and once again, the word ‘sorry’ fails to make an appearance:

“The reality of ‘reality’ TV is that there’s a lot the viewers don’t see.The show encourages judges to be forthright and highly opinionated. It went too far and I never intended to single anyone out. I wish the contestants, crew, and particularly Joe, all the best.”

The duo have now been replaced by former ‘Neighbours’ star Natalie Bassingthwaighte and drummer Shelton Woolwright.

Since Willy and Natalia’s rant, hopeful Joe has received plenty of support on Twitter, and Ed Sheeran is among the hundreds of people who’ve sent him messages.

Lorde went one better though, and sent Joe a handwritten note and some cupcakes.

In the wake of Natalia’s “artistic integrity” speech, a number of fans have pointed out that she should perhaps reconsider her own not-so-original approach to style, before criticising others.