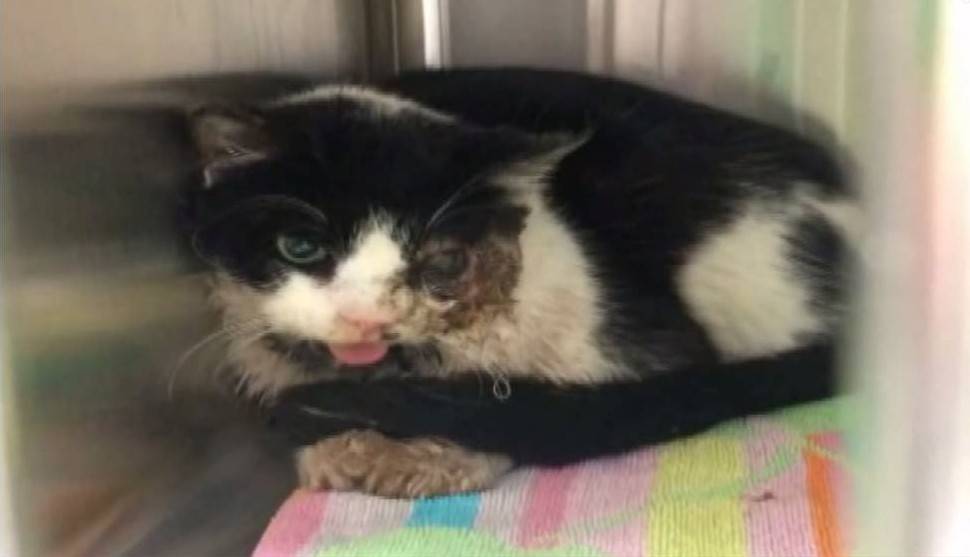 A cat that was written off for dead after being hit by a car clawed itself out of its grave and made its way home five days later.

Bart, who was found motionless in a pool of blood over a week ago, was pronounced dead by local vets in Tampa, Florida, and buried by his owner Ellis Hutson.

But five days later, Hutson spotted a familiar feline face looking distinctly the worse for wear outside his house. Suffering from head trauma, a broken jaw and a ruined eye, the cat looked like something out of Night of the Living Dead – but it was unmistakeably Bart.

MORE: Hero cat opens a can of whoop-ass on group of thugs harassing her kittens

Rescuers at the Tampa Bay Humane Society, where Bart is being treated, believe he may have woken up underground, clawed his way to freedom and then hid for a few days before heading on home.

The cat, who has lost an eye, still needs surgery before it is certain he has pulled through.

One thing is certain though – this cat is a survivor.

MORE: Dog comes to the rescue of a cat with a cup stuck on its head